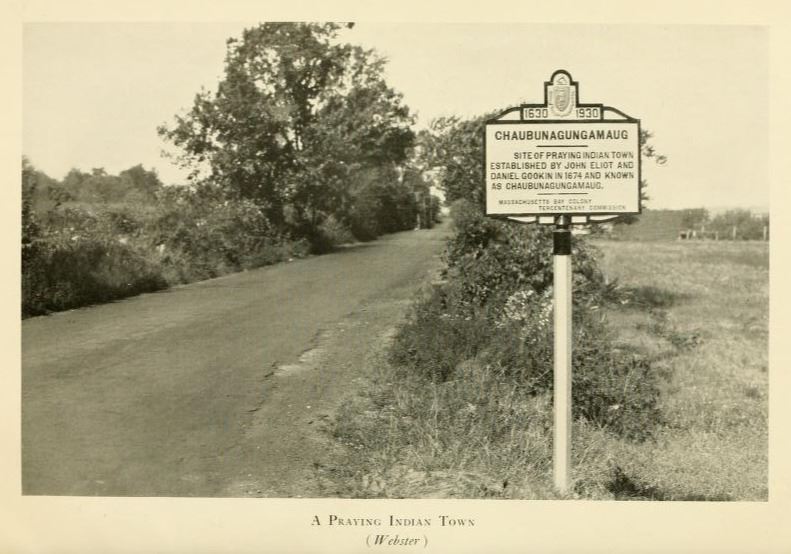 The Historical Commission is currently working to have Webster's one and only Tercentenary Sign restored which includes sanding, repairs and repainting. The signs were erected in 1930 as part of the celebration of the tercentennial - Massachusetts' 300th birthday. The Massachusetts Bay Colony Tercentenary Commission documented their work and the text of all the signs commissioned across the state in their book "Historical Markers Erected by the Massachusetts Bay Colony Tercentenary Commission". Webster received one sign which currently sits in its original location at the northeast corner of the intersection of Thompson Road, Lake Street and Birch Island Road. At the time of installation, Thompson Road was a quiet thoroughfare. Today this is a very busy traffic location. 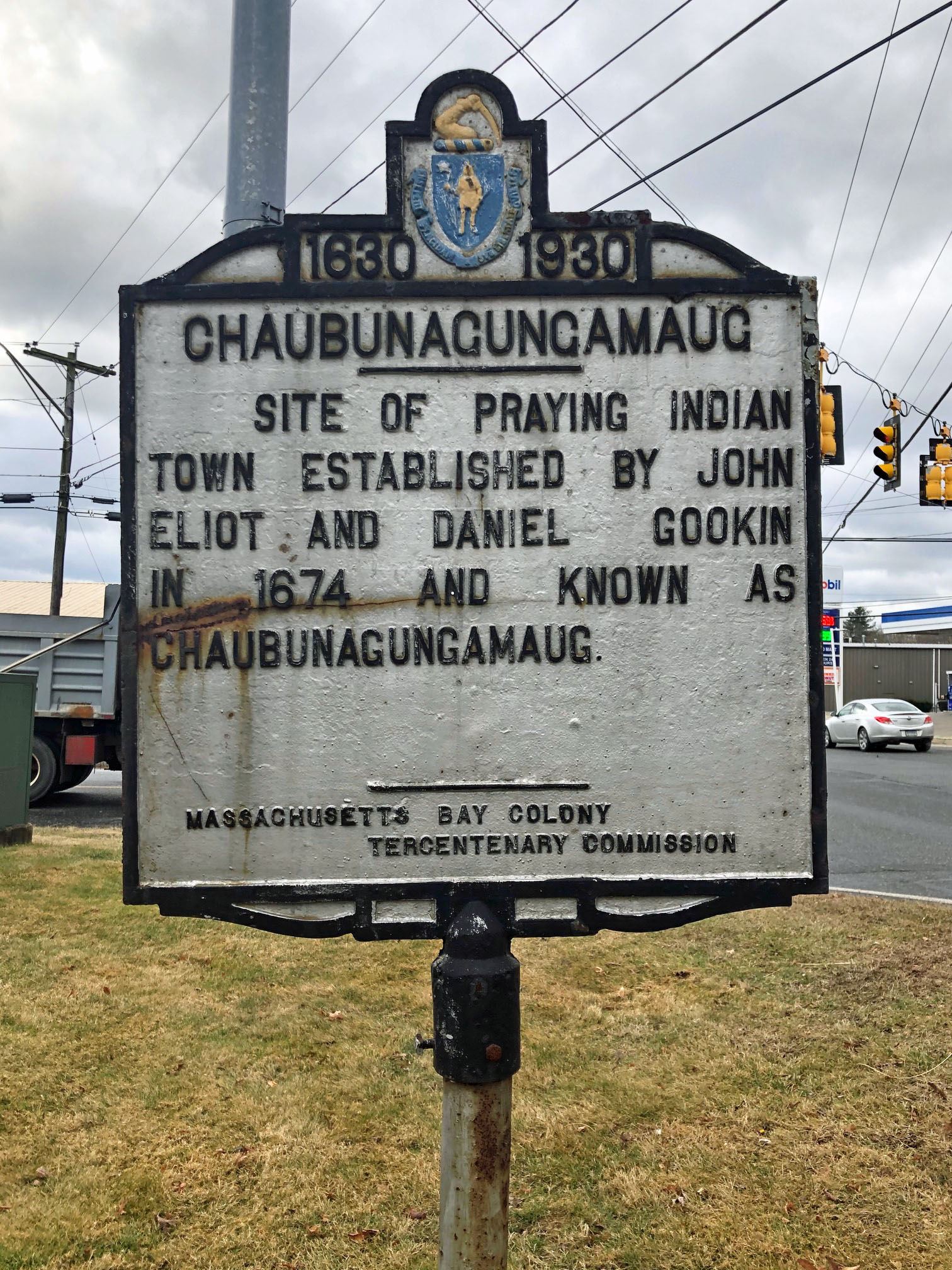 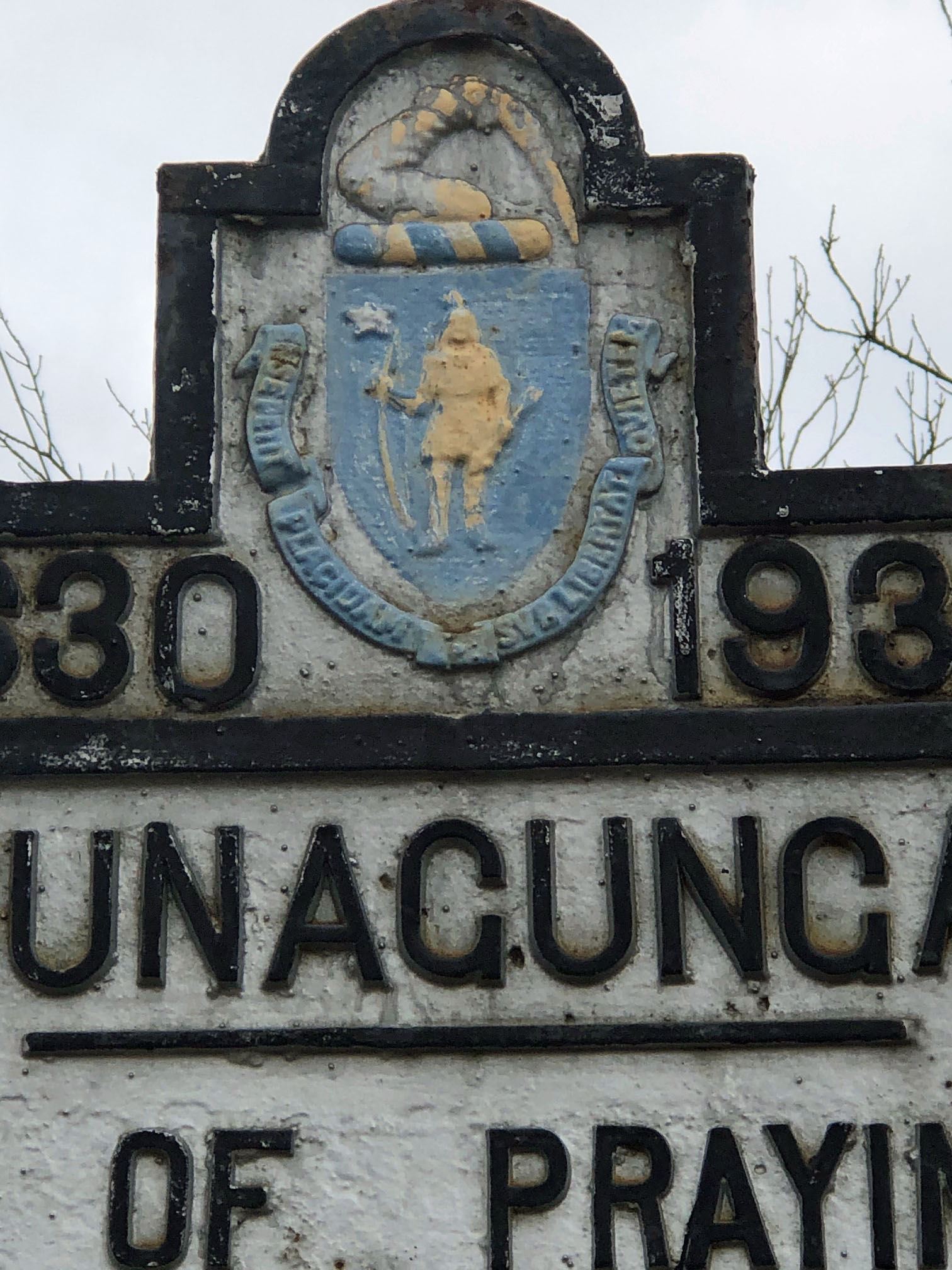 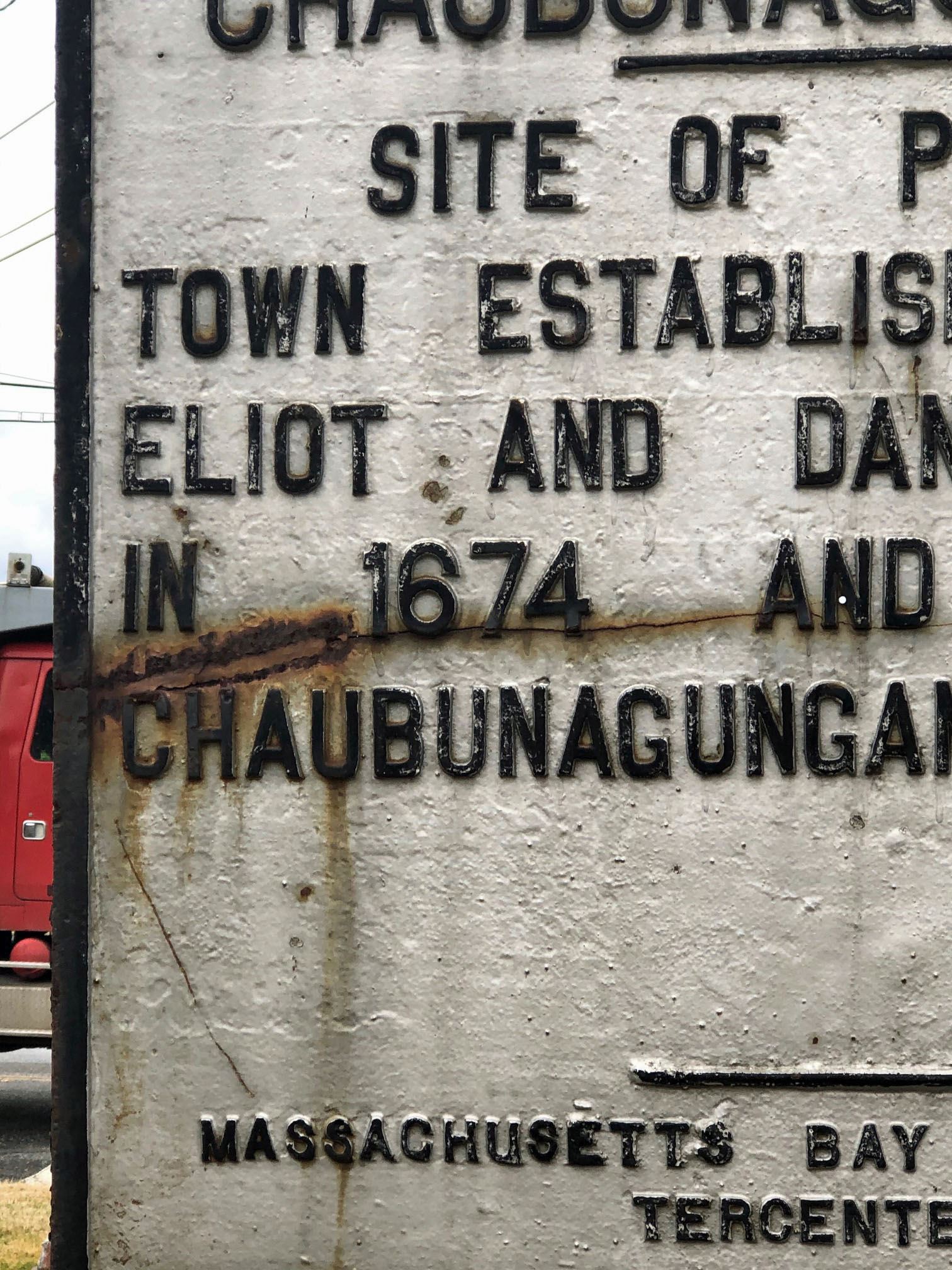 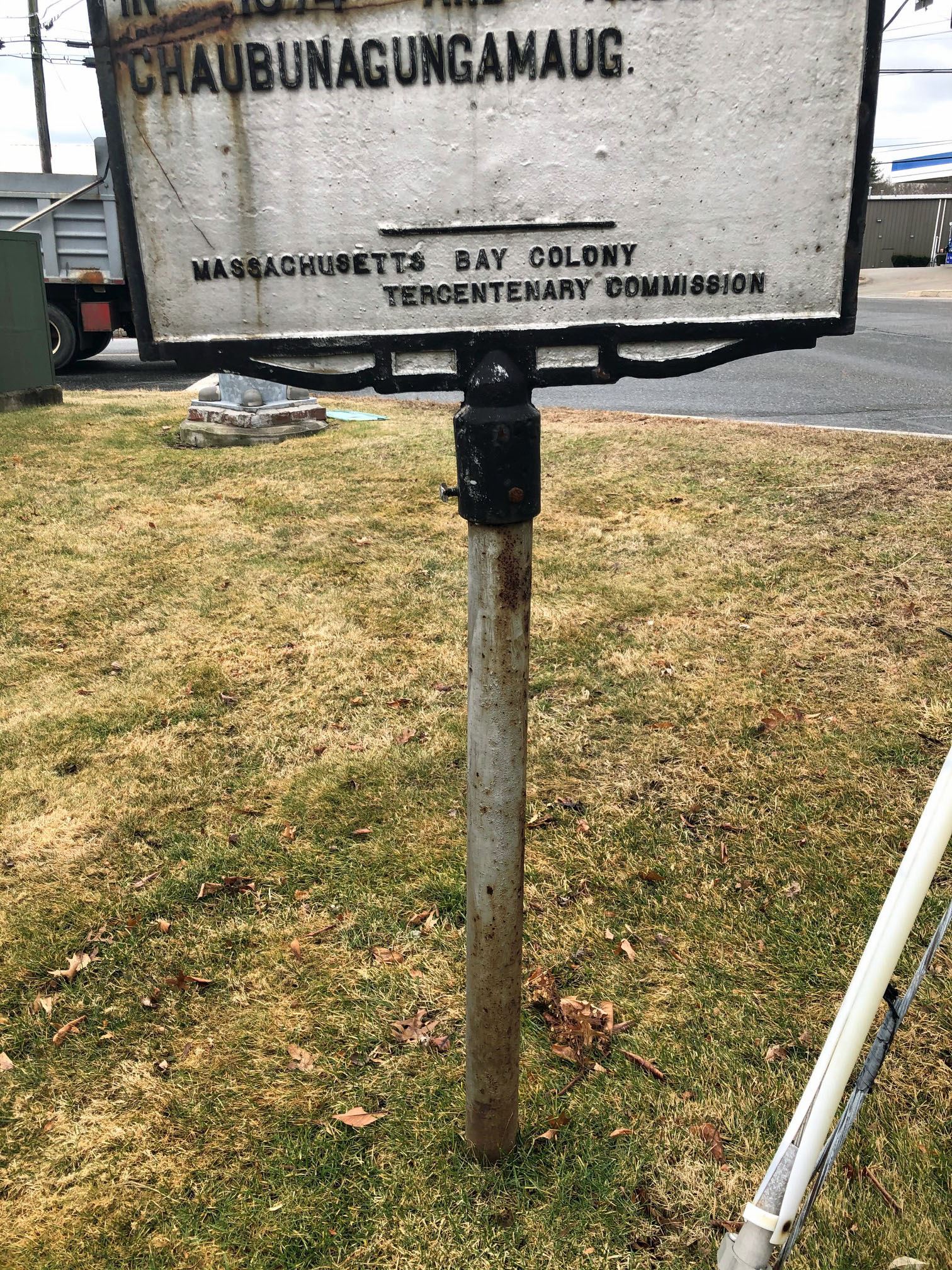 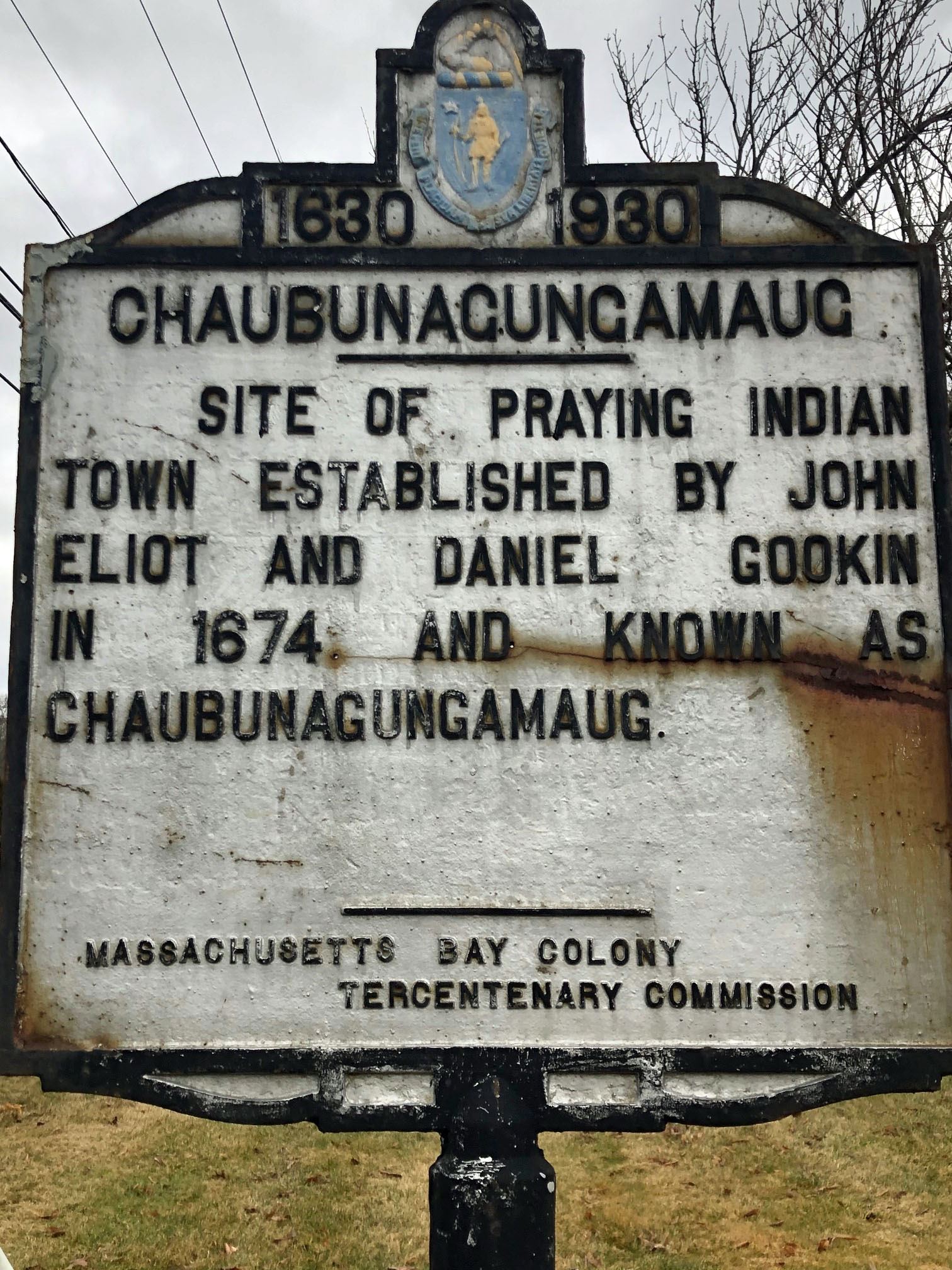 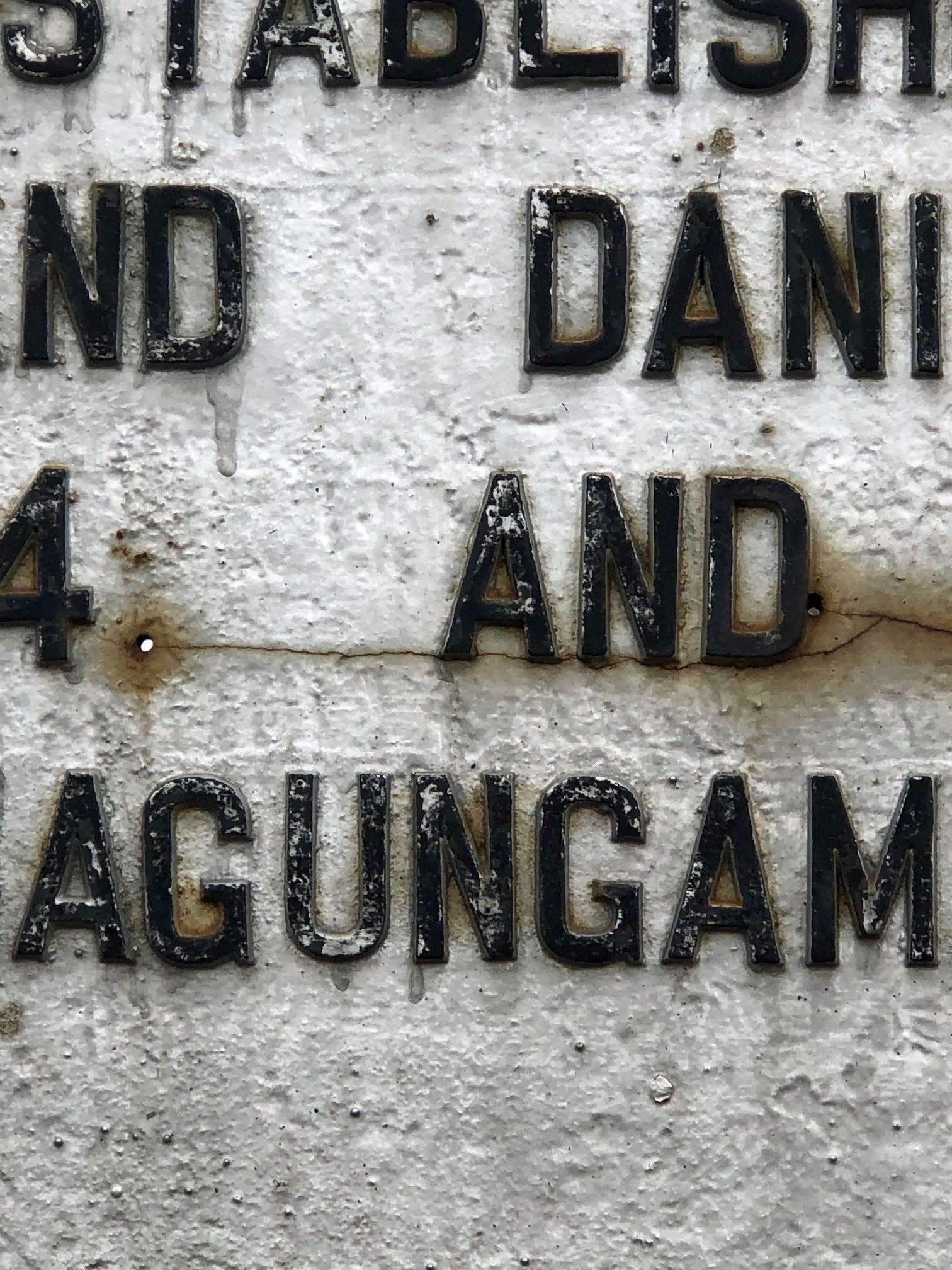 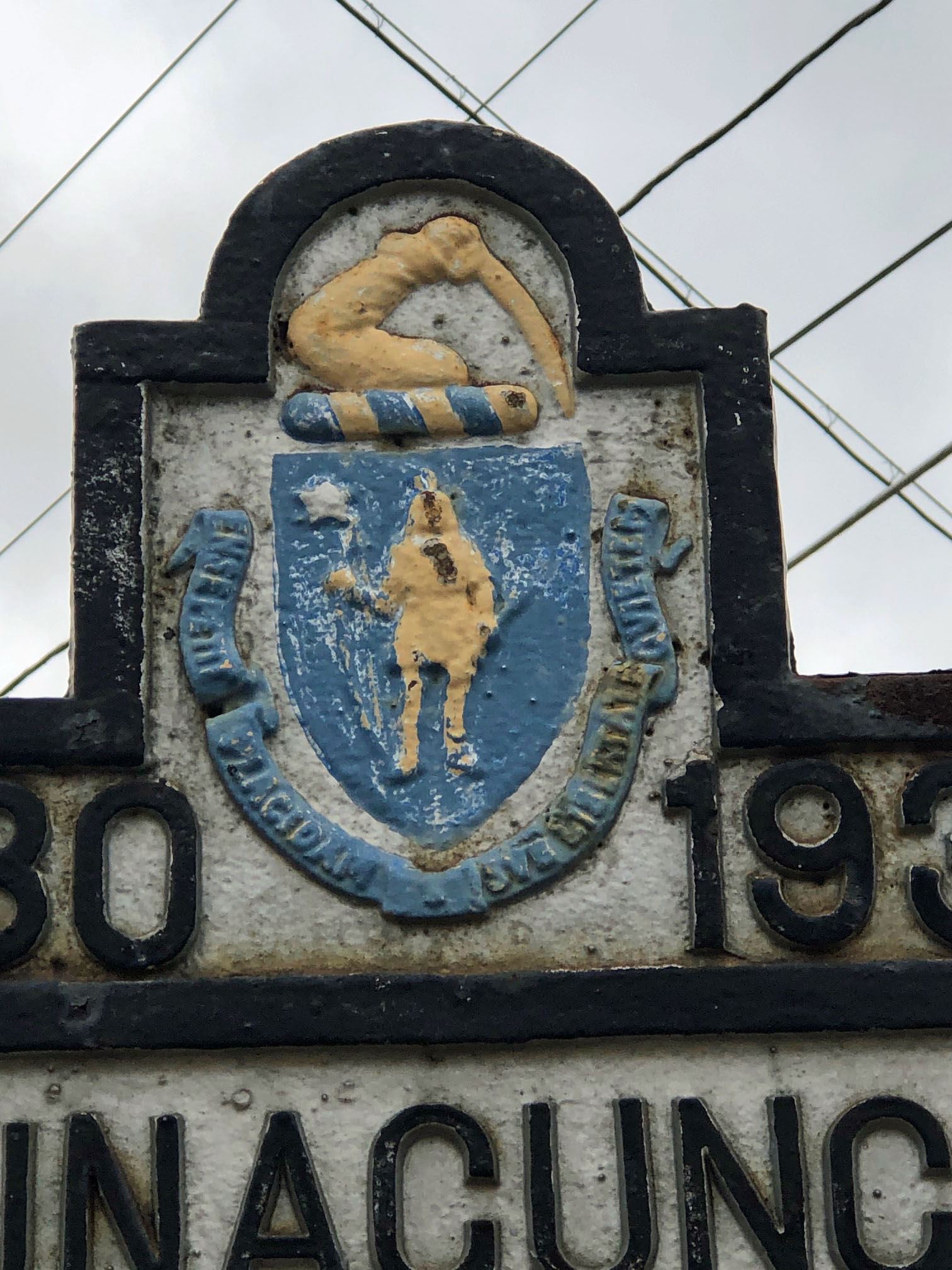 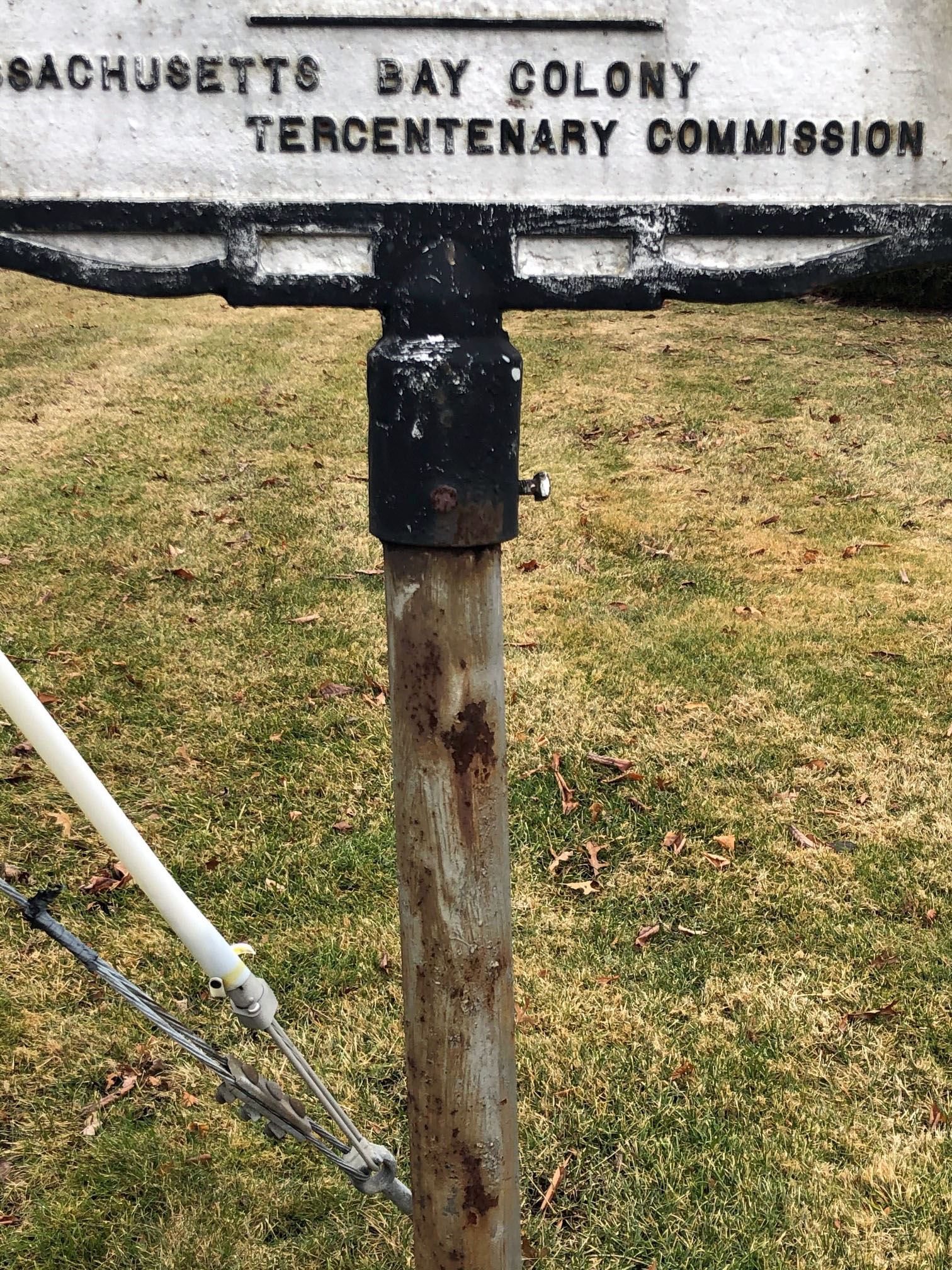 The Story Behind the Signs....

In 1928, the Massachusetts Bay Colony Tercentenary Commission was formed to celebrate the 300th birthday of the Colony. Part of their celebration included a program to identify and detail the sites and people who were significant in the formation of the Colony. These historic sites follow the paths of the original settlers as they ventured out from Salem to establish towns as far north as Salisbury and as far west as Northfield and Hartford.

These 'Tercentenary Markers' now dot the state along main roads as well as the countryside. The Markers were all designed to a specific formula - roughly 45x36 inches, white background, black lettering, black borders, the state seal, and signed 'Massachusetts Bay Colony Tercentenary Commission'. The text of the original Markers was written by famed Harvard historian Samuel Eliot Morrison. The signs are often in neglect but a small few show evidence of great care. These signs can be found in downtown areas, along major roadways, in the middle of nowhere, on private land, and elsewhere. Often these signs are right under our noses and have blended in to the scenery.