The treatment plant officially started treating water from Station #2 and pumping it into the distribution system on November 25th.  The plant is only running at 650 gallons a minute, or 30% of it's design capacity, from this one well.  Station #1 was taken off-line on December 5th for the renovation of pumps, motors and drives of the five groundwater wells.  The Station #1 wells will be brought on-line in the coming 2-3 weeks and pumped through the treatment plant.  The plant is being operated on a daily basis during business hours during this transitional period because the plant alone cannot meet the needs of the Town.  Station #3 is still supplying a majority of the drinking water to the Town.  As a result to this blending of different water qualities, some residents have experienced a musty taste as the chlorinated water from the treatment plant interacts with the iron and manganese of Station #3. It is anticipated that this issue will continue until the water quality of the distribution system has stabilized. 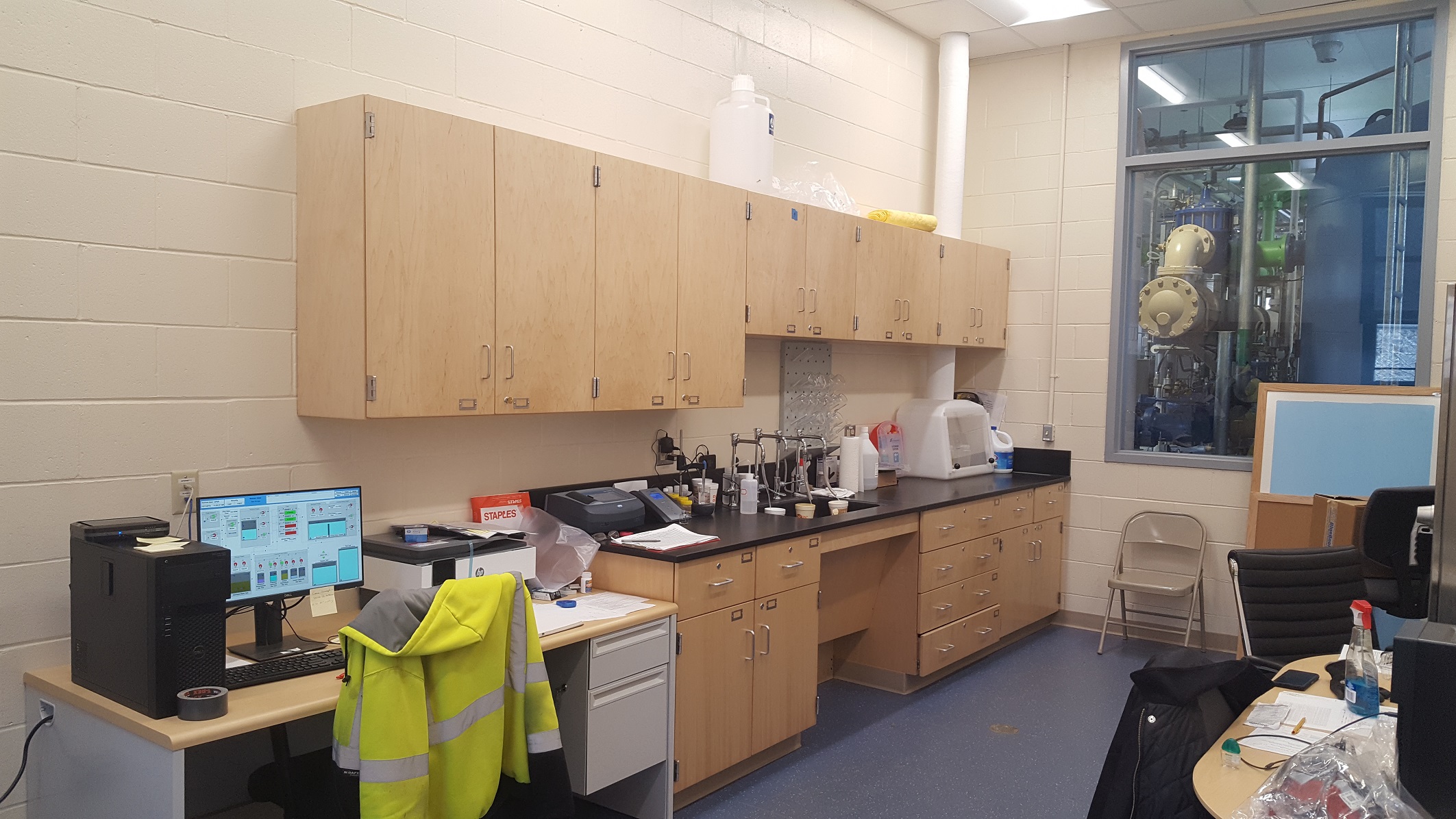 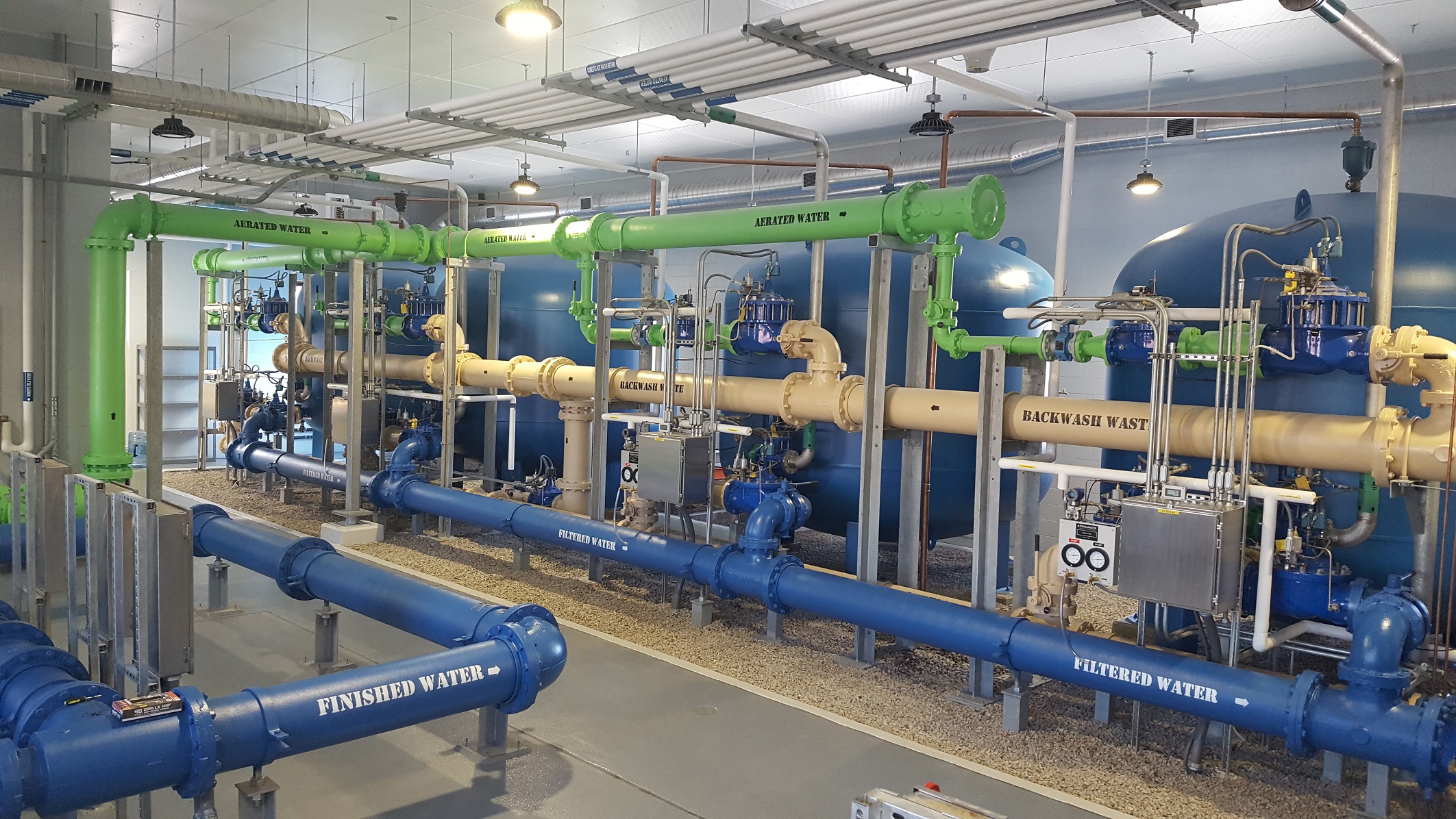 The interior plumbing and mechanical components of the treatment plant have been installed.  The Station #2 well and the three concrete underground storage tanks have been disinfected and are ready for operation.  The last two motor control centers will be shipped in late September and then the plant will begin the "start up" testing procedure for operating with water from Station #2.  Once completed, Station #1 will be taken off-line for its associated upgrades. 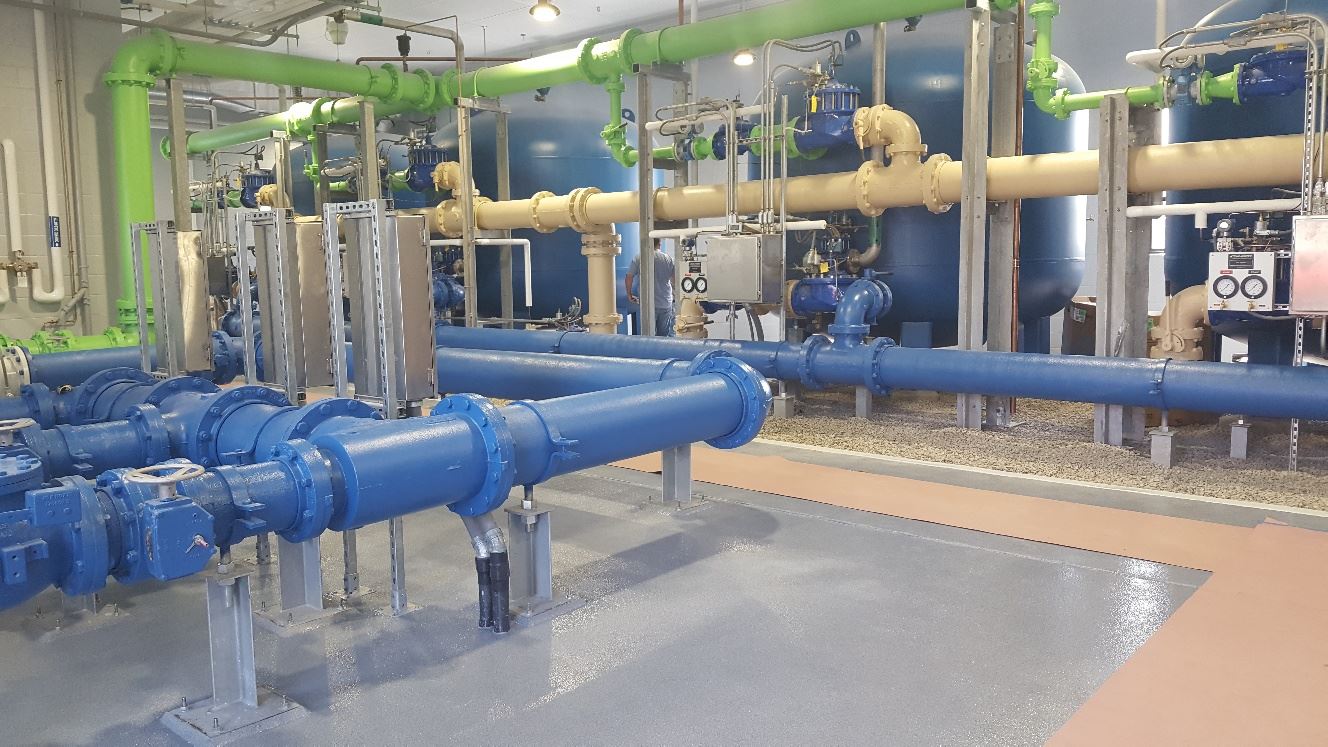 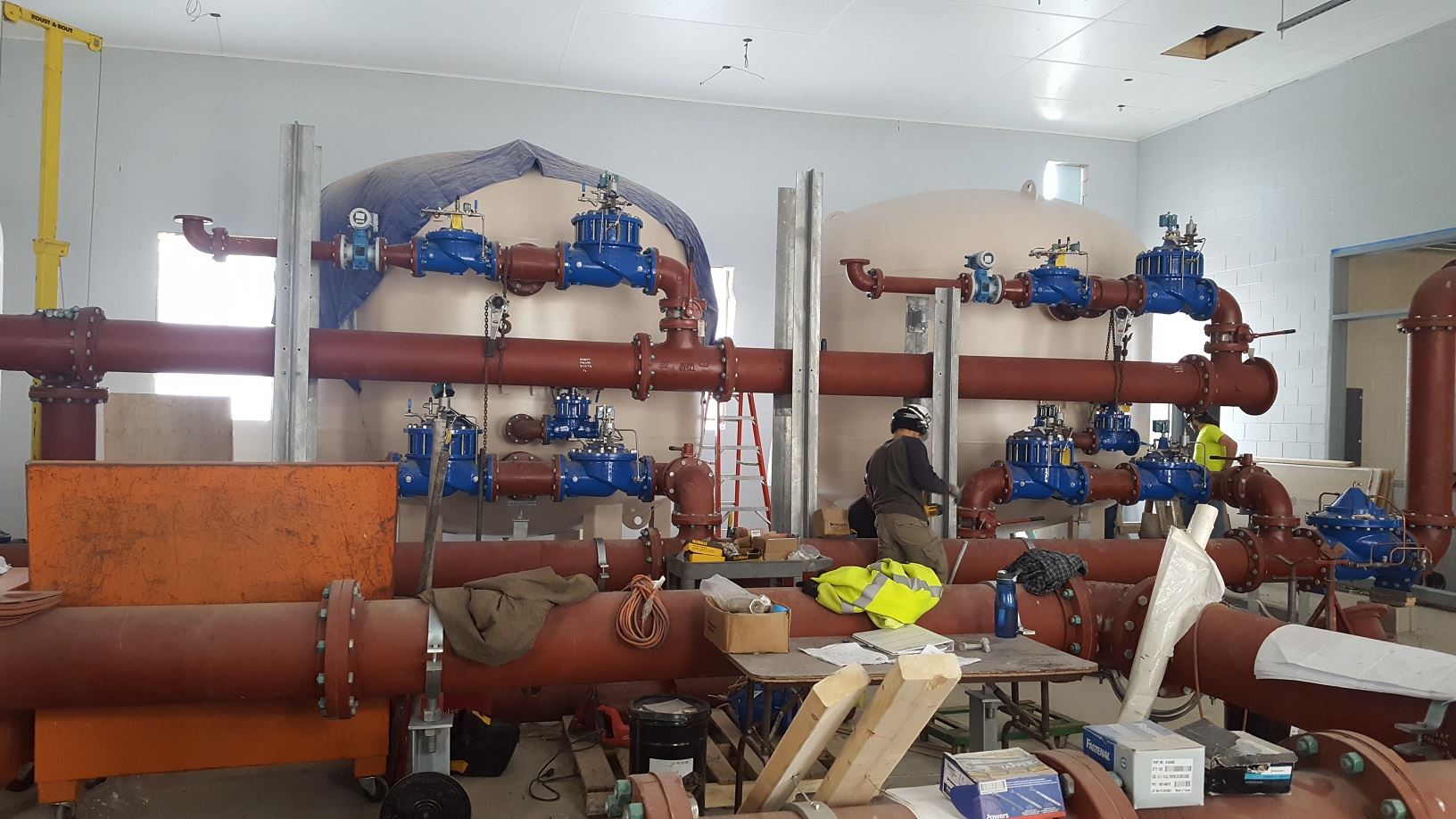 The exterior masonry work has been completed and the interior walls have been painted.  The mechanical pipe work is being assembled between the tanks and pumps. Electrical wiring is being pulled within, and between, the three buildings. 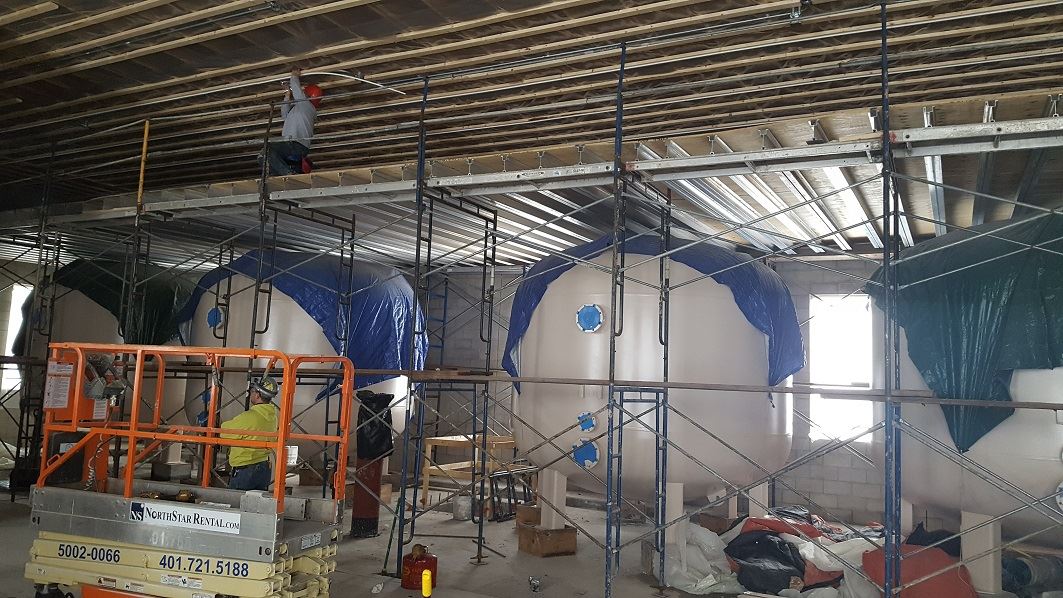 The roof trusses and sheathing have been installed, as well as the door and window frames. The interior ceiling will be installed once the building is weather tight.  Electrical and fire system conduit is also being installed. Interior piping and pumps have been installed within the aeration building. 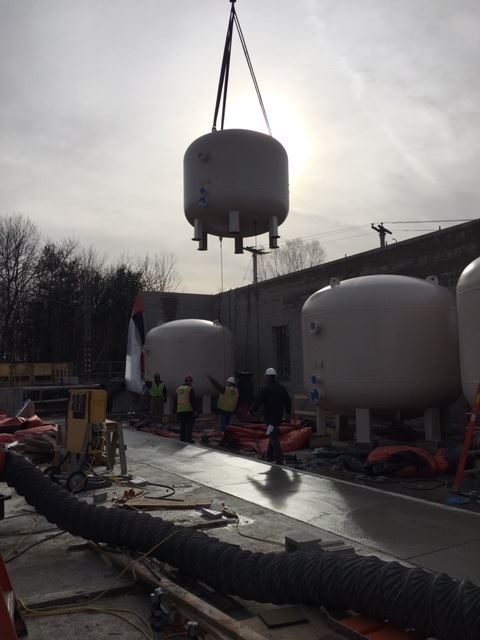 The four 12-foot diameter filter tanks were installed inside the building.  The last sections of concrete slab have been poured and the concrete masonry blocks for the exterior & interior walls are being laid. 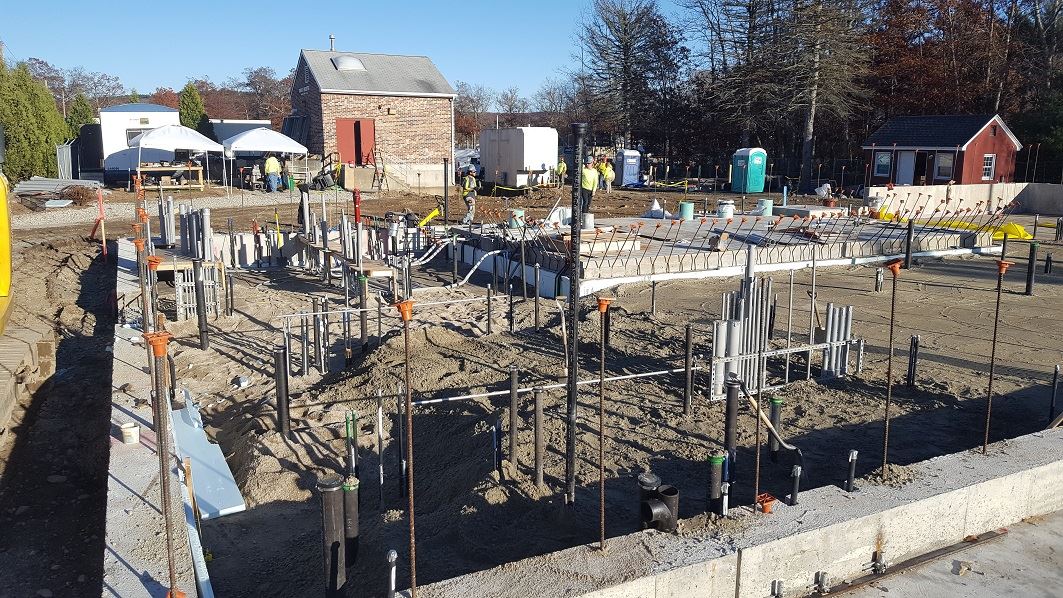 The exterior underground piping along with the interior electrical conduit and drain lines have been installed. The interior of the footings is being backfilled and compacted in preparation for the pouring of the concrete floors. The mason will be on-site this month to begin laying block for the building walls. 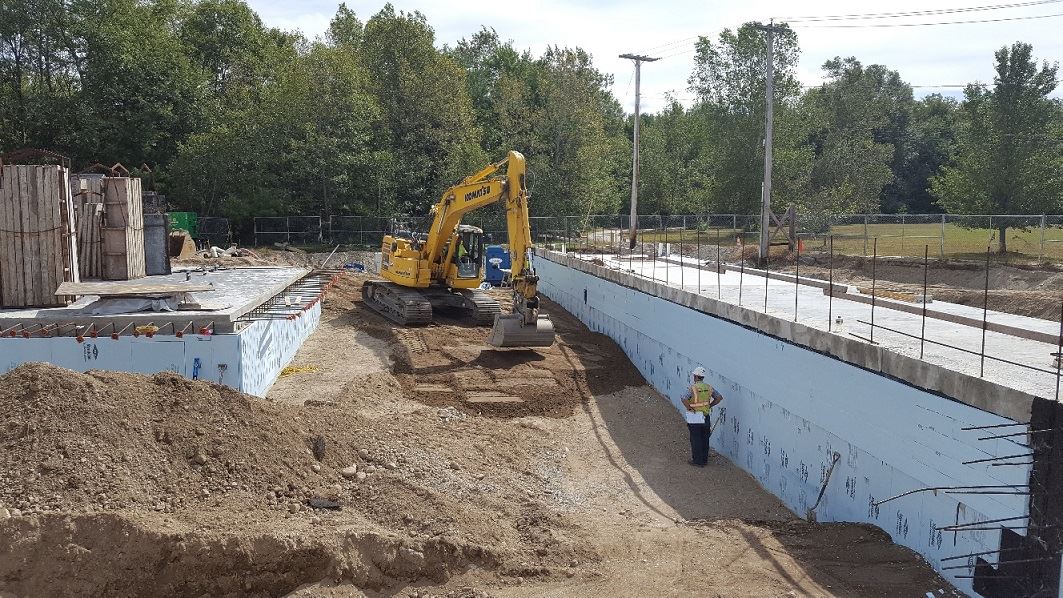 The underground storage tanks have been constructed and tested, and the site is now being back-filled. Foundation footings and yard piping are scheduled to be installed next. Well #2 is also being cleaned in preparation of use. 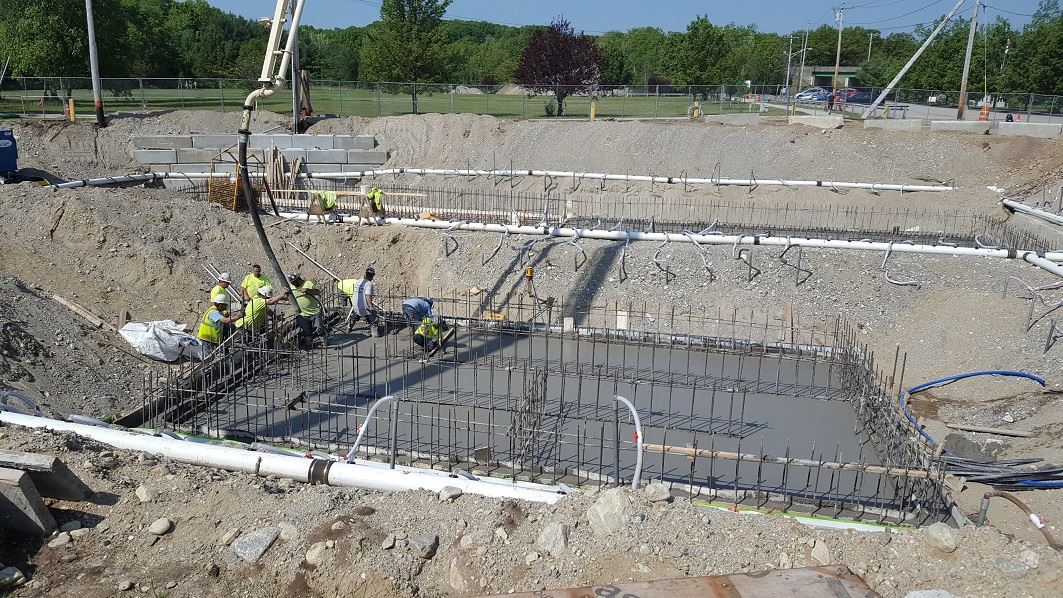 The pouring of the concrete floors for the clearwell (foreground) and the backwash tank (background). 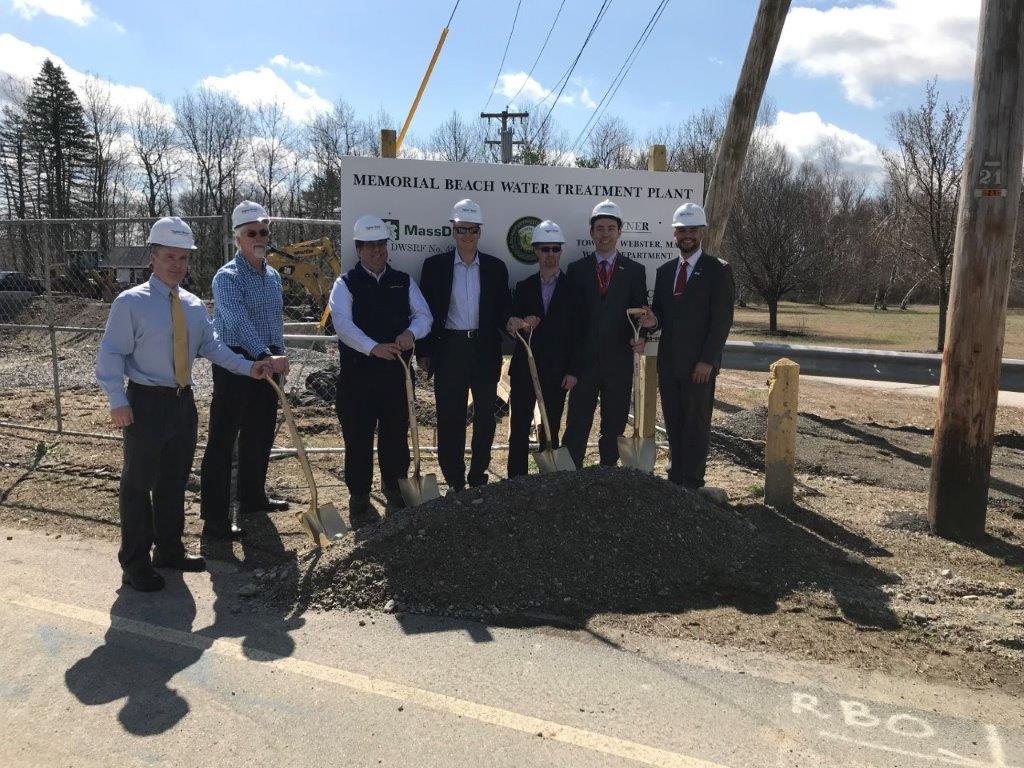